Home » Your Astrology Profile: Find Your Sun, Moon Or Rising Sign » The Sun in Sagittarius

Your Sun, Moon and Rising Signs

Your Sun Sign describes the centre of your personality, what motivates and drives you, and who you are learning to become

Your Rising Sign shows the way you project yourself, how others see you, and the kind of experiences needed to make your life meaningful.

The Sun in Sagittarius 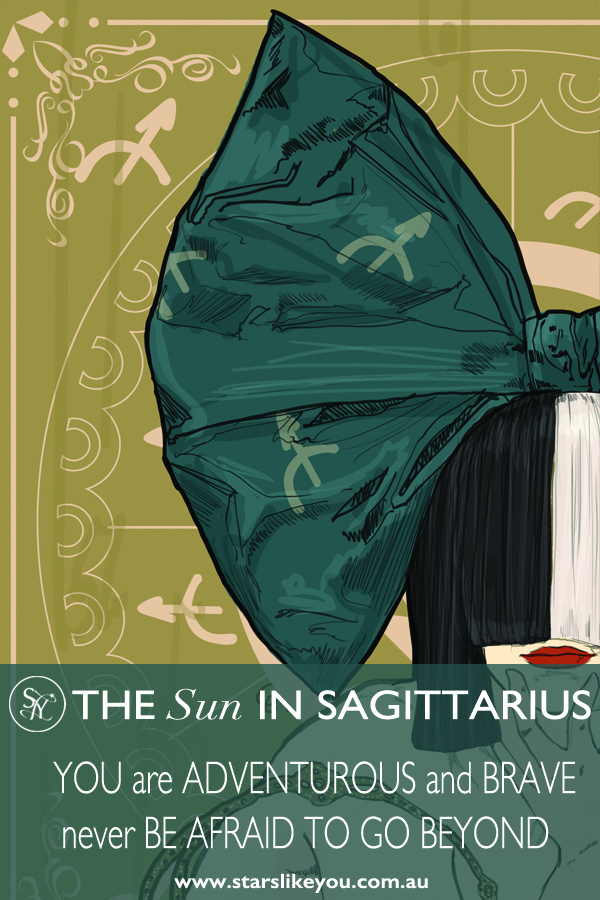 The Sun in Sagittarius

The Sun in astrology symbolizes the core essence of who you are – your individuality and sense of self.

It describes what is likely to motivate you, and why. The Sun Sign describes the prime focal point within the personality structure, and is of major importance. Understanding and developing these aspects of self will help develop and expand your sense of authenticity. Understanding the house in which your Sun is found will give even greater detail.

If you do not feel much like your Sun Sign, then consider – Are giving yourself permission to be who you truly need to be?

When the Sun makes its’ journey through the sign of Sagittarius, the emphasis is on expansion, positivity and growth. Life is best seen as a journey, rather than a destination.

Along the way, Sagittarius brings the need to experience life as an adventure – to discover what is over the next horizon or how far one might go. To this end, those born under Sagittarius tend to love a challenge – finding ways to push past the “envelope” and so broaden perspectives somehow.

As a Fiery and Mutable sign – implying a constant need for change – Sagittarius brings an emphasis to physical and/or mental expression. The quest for freedom and adventure, as well as the search for meaning, tends to feature strongly for those born under this sign

Sagittarians are often characterized by an optimistic, outgoing and “can-do” attitude. Unless other, more introspective influences are present the birth chart, you will usually find Sagittarius where the action is.

This is a sign that loves nothing more than to live life large. When things are going well, those with Sun in Sagittarius are typically convivial, outgoing and good-humoured. Freedom is important and they will be willing to take a risk. This sign requires the space to roam unimpeded, and will usually give others the same in return.

It is important to feel that they have options, and nothing to tell them “no”.Whether they seek this freedom in the world of ideas, or find this freedom on a race-track, Sagittarians push limits and test boundaries to discover how far they can go.

With the Sun in Sagittarius there can be a tendency to get ‘itchy feet’ if things get too similar or mundane. For this reason, Sagittarius is associated with the experience of travel, and contact with foreign people or places.

In the quest to encounter new experiences, going where they have not been before, Sagittarius can find freedom. Again, life can easily get far too routine for those born under this sign. When this happens, they might find themselves feeling frustrated and so start dreaming up a way out.

When Sagittarius gets restless, it is important they broaden horizons somehow. Going somewhere new is an excellent way to keep life experiences fresh. Sometimes a jaunt to an exotic location is just the thing they need.

At other times, this can be accomplished by visiting a new neighbourhood or restaurant. An important strategy involves making time to travel and discover the unknown.With the Sun in Sagittarius they may invest more time and money in travel than in paying down the mortgage. When Sagittarians feel free they can share their positive energy easily.

Discover how to make the most of your astrology chart with a personal consultation.

Under a Lucky Star

Sagittarius has a reputation for luck and achievement. Many excellent sportspersons, promoters and gamblers are born to this sign. Yet what might appear as luck is often the unbeatable combination of positive expectation coupled with an eye kept firmly on the prize.

One symbol for this sign is The Archer, and Sagittarians have a way of aiming true – firing themselves directly toward an intended target. Fortune favours the brave, and so, luck follows them around whenever they believe in themselves and the winning roll.

Because their approach to life is basically positive, Sagittarians expect things to go your way. And because they have this expectation, things usually do.

The Sun in Sagittarius prefers making broad strokes with a flamboyant brush, living by the philosophy that more is more, and good things are bound to happen. This positive mindset is another way to challenge limits and boundaries. Through taking risks and coming out on top they discover how far they can go. Every cloud has a silver lining – which sometimes turn to platinum – whenever Sagittarius is around.

Watch this Video: Your Sun Sign and What It Means

Yet all this positive expectation also has its’ drawbacks. Sagittarians can be known for brash, self-centred or excessive behaviour. Because they do not not believe in limits for themselves, they do not apply them when dealing with others.

With the Sun in Sagittarius, they can take things to extremes, or expect liberties from others because they refuse to bow to convention.  Hence, they are often accused of being blunt to the point of rudeness or frank beyond socially accepted norms. Sagittarians can ride roughshod over the feelings of others, simply because they know they can.

They can be fickle, opportunistic and inclined to run at the first mention of committment. Some Sagittarians will push a situation to breaking point, just to see if they can. This can lead to broken relationships and instability. A Sagittarius who wont acknowledge limitations often creates excess that in the end proves detrimental.

This can be more of an issue for males than it is females, but the Zodiac is never gender specific. The excessive, fiery and expressive qualities of this sign mean that Sagittarians can love nothing more than testing the limits of physical endurance.

Excessive consumption of food, alcohol or other recreational activities can be detrimental. Pushing their luck until they are ruined may be the only way they know when to stop. As this sign is ruled by Jupiter, they can be prone to diseases of the liver or pancreas, as well as other degenerative diseases that are brought on by excess. Learning to live within the limits is an important part of the Sagittarius journey.

The Nature of Belief

At a deeper level, the sign of Sagittarius is connected with belief. The journey toward greater levels of experience also involves broadening the mind. By comparing and contrasting different ideas, philosophies, belief systems or cultures, Sagittarians gain new perspectives.

They can enjoy expanding mental horizons through various forms of study, or the contemplation of comparative cultural, spiritual and philosophical values.  Even if not studying formally, they are often found watching documentaries or reading non-fiction to learn more about the world.

At a conceptual level, this sign is associated with philosophy, religion and the broad mental frameworks which generate culture. At a personal level, through comparing philosophies Sagittarius can explore the nature of belief.

With the Sun in Sagittarius, there is often a need to explore many different belief systems along the way finding their own truth. By gathering a variety of perspectives, Sagittarians learn principles which they can then share with others.

As this sign is connected with the teacher and the student, Sagittarius broaden horizons through learning about various beliefs. These beliefs need to be experienced, rather than just talked about.

Sun in Sagittarius will not believe something because they are told to. They need to explore and experience it for themselves. At their finest, Sagittarians can inspire others through the broadness of their perspective. By taking the journey to teach and learn, they discover the inspiration to help others be the best that they can.

Do You Want To know More About Astrology and How It Can Benefit You?

Yet the road to exploring the nature of belief can be fraught with danger. Once again, the threat of excess can rear its head. Typically, when Sagittarians encounter something they believe in, they become enthusiastic and want to share it with others. In the rush to spread ‘the good news’ they may ignore others right to discover things for themselves.

They can shift from “teacher” to “preacher”, getting up on their “soap-box”. Sagittarians can fall prey to zealotry under the belief that they have the truth and others do not. They then easily succumb to self-importance and inflation, believing themselves to be visionary advocates for a noble cause.

They might push their version of the truth down others throats because they believe in it so strongly. At a symbolic level, religious conflict is ruled by this sign. With the Sun in Sagittarius it is important to remember that they need to allow others the same level of intellectual freedom that they expect for themselves.

When Sagittarians share what they have learned from an open perspective, others willingly listen. But when they try to force a point of view, people will instinctively switch off. To share their experience they need to take the urgency out of it, and channel their passion into education rather than “reform”.

Alternately, some Sagittarians can become so disparaging in their search for truth that they become cynical or dismissive. Because their journey is to find out what is true for them, they may reject the beliefs of others, and see these as feeble-minded or simplistic. Then they may lose faith in life through the underlying (and unexplored) belief that they already know all there is to know.

It is easy for them to think there is nothing left to learn. Yet beneath their cynicism is a deep need to find an underlying belief system that can make life meaningful. A Sagittarian with nothing more to explore is a troubled soul.

Their journey involves exploring the nature of hope and faith. They need to maintain faith in order to have the courage to go beyond. Rather than limiting their philosophical options, cynicism can be just another stop along the road toward understanding.

Life should be experienced as a journey toward greater levels of illumination. For many Sagittarians a clear sense of belief may not be reached until even the age of 80. Yet along the way, they most not lose hope. Faith and optimism are essential to find deeper meaning.

In career matters, Sagittarians come into their own in creative fields, especially where the value of open expression and life experience are fully appreciated. They are better at working with people than with abstract concepts, so areas such as teaching, counselling, and entertaining are particularly well suited. There is a constant striving towards enlargement that fuels their ambitions, and typically Sagittarians have an instinct for recognising opportunities and a determination to make the most of them – even if this involves some risk of loss. – Deb Houlding

Born with the Sun in Sagittarius, you are gifted with an abundance of warmth, energy and positivity. Your sign is noted for a willingness to transcend the everyday by pushing boundaries, demanding freedom and seeking to explore unchartered horizons whenever possible. Your journey involves discovering all that is possible. Your ruler Jupiter brings luck, expansion and opportunity to your door, if only you will take it.

At a deeper level, your sign is concerned with the cultural, philosophical and metaphysical frameworks which make life meaningful. Your journey involves searching for truth and then sharing its manifestation. The path you take should be loud, large and colourful. Through collecting experiences and working out what is true for you, you inspire others to have the courage and faith to do the same. 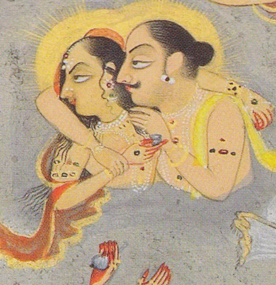 Mercury Retrograde & How To Get Through It 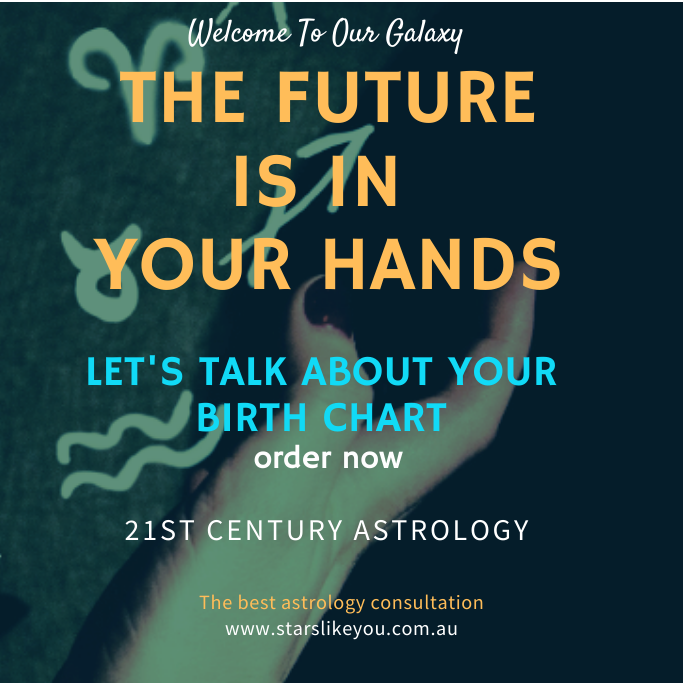 The Houses of the Chart 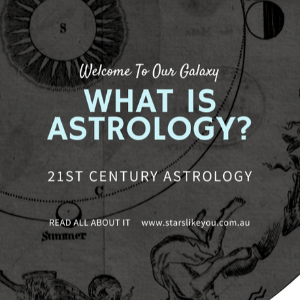